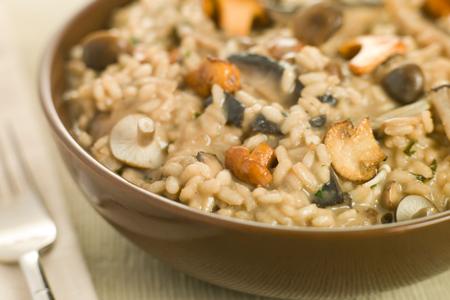 The lovely Kirsty pledged not one, but two DoActions to lower her impact on the environment. She even managed to persuade her family that meat-free meals can be pretty tasty.

A bit about your pledge:

How did you first find out about The DoNation?

I found out about the DoNation when working as an intern with Forum for the Future in Bristol, helping to organise Bristol’s BIG Green Week 2012. We were looking for ways of reducing the environmental impact of the festival, and decided to start a campaign to save 10000 tonnes of carbon through encouraging people to pledge ‘do’ actions through the DoNation.

How did you feel after pledging?

As part of the festival organisation team, I was one of the first to agree to pledge a do action. I was excited, I think, by the prospect of being part of a big campaign, and quickly found an action which I could easily take on. I was quite inspired by the idea that people could support BIG Green Week through adopting more sustainable behaviours, rather than donating money. It also felt more meaningful given that the festival aimed to inspire ‘green’ action.

So which pledge did you choose?

Initially I pledged Shower Power, as I knew that my showers were way too long. I tackled the challenge through showering at the gym instead of at home – this helped me to avoid the temptation to stay in the shower for longer than was necessary.

I then decided to pledge again – this time trying to find an action which would have a bigger impact. As I’ve always been in two minds about eating meat, I decided to Veg Out and only eat meat once a week. I love cooking so it was a great excuse to try out new recipes, and I discovered some really tasty meals like vegetarian lasagne and a risotto verde in my favourite cookbook (Mary Berry).

Discovering lovely new food, and being pleasantly surprised at how easy it was not eating meat in restaurants.

My family! They thought I was being ‘awkward’. However, we found ways of me eating ‘meat-free’ versions of what they were eating, often by substituting sweet potato for chicken. And occasionally everyone would eat a meat-free meal, which was another highlight :).

Did you continue with your pledge after the two months?

I have considerably cut down on my meat eating.

What impact has The DoNation had on you?

My Veg Out challenge has made me think twice before eating meat, and I was really surprised about how I didn’t miss eating it. Although I do usually eat meat during my evening meal, I now rarely do during the day, and plan, once again, to make meat a treat when I move out.

I love The DoNation!!!

Brilliant! Thank you Kirsty for telling us all about how you got on with your DoActions. We especially like Kirsty’s tip about showering at the gym or work to limit your shower length – great idea! For more tips on completing Shower Power and Veg Out, visit their DoAction pages.