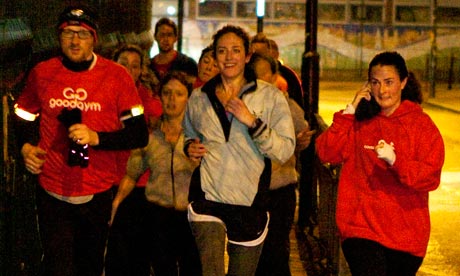 Why have I decided to run 10k through swamps and ditches, and up and down treacherous looking hills? Good question!

It’s January, I’ve scoffed far too much cake and cheese over Christmas and it feels like it’s about time for me to get off the sofa. But that’s not the only reason. I’m doing it because I’m hoping to encourage others to do it. Because the more people that do this run, the more people will engage with sustainability and the more chance we have to help reduce the effects of climate change. And I’m not being dramatic, it’s true.

Last September, we got 14 teams together to do the Hever Castle triathlon. Together they saved 15,974 kg CO2. That’s as much carbon as flying from London to New York 32 times. 263 people pledged to change their lifestyles for the better.  I don’t know about you but I’d say that’s pretty impressive.

So now here we are, revving up to do our next big challenge. It’s not a triathlon, but I’d say those involved so far are feeling slightly nervous at the prospect of the frost, mud and swamps. I for one certainly needed to get my training underway!

I did my first proper session on Monday night at the fantastic GoodGym. I’d done a couple of runs by myself at the beginning of January and thought I was doing okay. Turns out, I wasn’t! It was a great session, but it nearly killed me! After a nice gentle 2.5k jog, we arrived at Stepney City Farm where we shovelled and moved piles of woodchip around the farm. I realise that for those of you who have never heard of GoodGym you are probably wondering what on earth I am talking about – go and check it out, it’s brilliant.

35 minutes of heaving woodchip and we were off again, running into the night. We took a longer route home, falling single file along the serenely calm canal, the only sounds our footsteps padding along the ground and our deep breaths. It was at about the 2k point where I really started to struggle. I was knackered and I must admit I had to stop a few times!

Ultimately though, I kept going and made it to the end of our 6.5k all-round run. That’s not too far off the Brutal10 distance and I think with a few more GoodGym sessions and a bit of adrenaline on the day, Ishould be able to make it up those muddy hills, however painful they are.

The next day, I woke up feeling exhausted. My legs were like jelly and I couldn’t even hack the cycle to work. A few hours later I was in a meeting with Ariane Sherine, a regular blogger and author of Give Book. We got into a great conversation about doing good, and I had the best ‘warm and fuzzy’ feeling about life. Not only had I busted my bum at GoodGym the night before  helping out my local community, but the reason I was doing it was because I was training for a run, so that I could get people to sponsor me with actions and make a difference in their own lives. I’m not saying I’m smug or proud – I’m certainly not. But I did get a nice reassuring feeling that the world really can be a better place if we just push ourselves a little in the right direction.