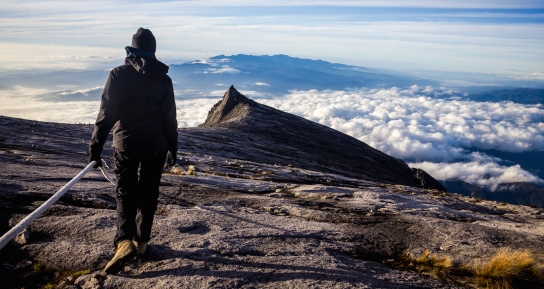 In the last few days, several things have set my mind racing. I think there’s something there, and I want to share it, to put my tangle of excited thoughts into words. But I’ll be honest, I’m not sure that I can. Let’s give it a go.

I’ve had my head down and deep into the business for a while now, focusing on developing our team, the website, and our sales pipeline. Making sure that we’re doing everything we can to deliver a solid service, helping our clients to get their employees doing good as easily and effectively as possible.

All good stuff, of course. But I had been forgetting to step back, pick my head up, and remind myself what our broader vision is, our reason for being.

Behaviour change is important and it’s at the very core of what we do, so it is easy to think that it’s all that we’re about. But our habits alone are not the silver bullets that will solve the wider problems of climate change and sustainability. Yes, by walking to work, eating less meat, or giving up a flight or two we save some carbon, improve our health, and save a bit of money. It makes sense to do these things. But our actions alone aren’t going to change the world.

Meanwhile, in the light of the election results, and reading Solitaire Townsend’s post from Paris, it’s ever clearer that we can’t leave it to governments to lead on the environment. We need to lead them. We need to show them that we care enough to do something about it.

And that’s where our actions could just change the world. On their own, they may be relatively insignificant, but together, if we get enough people changing their habits, visibly, the whole becomes far greater than the sum of its parts. On scale, all our individual actions become a powerful demonstration of our appetite for change.

That’s my vision for Do Nation. To become a movement that governments can’t ignore, one that will give them real impetus to act. Similar to many of those petition sites, only here people are putting forward meaningful action, not just their names. That’ll be far harder for our politicians to discard as clicktivism.

But there was a big ‘if’ up there, an ‘if’ that weighs heavily on my shoulders right now. “If we get enough people changing their habits”.

Scale is the mountain we have to climb. We’re at the base, we’ve tested our gear – our boots are comfy, our backpacks loaded, and we’ve started out along the trail. But the terrain is changing and we have a long way to go.

Our route to scale sees us working with businesses, universities, and charities – helping them to cut costs, save energy, and improve employee wellbeing whilst connecting their students and staff into our growing movement. Our programmes pay off, they make business sense, so it should be easy. But I won’t deny it, getting enough companies to actually bite the bullet and sign up is proving difficult.

We’re a small team working on an even smaller budget. If we’re going to hit the scale necessary to make a dent on this thing, we need to harness that thing called people power.

We need you to help us.

If you know of any organisations who could be interested in joining our movement, in helping their employees not just to do better, but to do good, then please, get in touch. Drop me an email today with their details and we’ll take it from there.

Onwards, to the future.