I’ve always been a bit of a secret data nerd, that’s why we take measuring our impact so seriously at Do Nation.

So this is my favourite time of year at Do HQ: impact report season. I’ve been knee deep in excel charts and pivot tables for the last few weeks. Heaven. I thought I’d take a few moments to emerge from my data-induced reverie to share some of the most surprising (and unsurprising) stats from this year’s Do Data.

If you want to skip straight to the meat, download our 2016 impact report here.

1. Men talk to more people about their pledge than women

I thought it was us ladies who were meant to be the gossipers. But I suppose “sooo, what pledge are you doing?!” might not qualify as particularly juicy gossip.

Nevertheless, I was surprised to see that on average, men talk to 7.1 people about sustainability as a result of their pledge, compared to women who talk to 5.7 people each.

2. Competition only motivates one in five people

One of the big attractions of our Do Nation Pro subscription is the ability to create leaderboards, allowing you to rank teams of employees or students against each other. Yet only 20% of users pledging through Do Nation Pro listed ‘wanting their team to win’ as one of their motivations for pledging.

This surprised me at first – we have seen first hand how many more people pledge when there is a competitive edge to spur them on. Then I realised that the one in five people who are really motivated by competition are more likely to be the team leaders, meaning that their competitive spirit plays a pivotal role in driving others to come on board and pledge too, albeit indirectly.

The most common motivation for pledging, claimed by 68% of our users, is to support their friend or organisation’s programme. This is a reflection of the social nature of campaigns that is so important and unique to Do Nation.

It’s a motivation closely followed by the desire to do their bit to fight climate change and sustainability, with wanting to improve health or wellbeing trailing in third place.

Despite only 27% of users being motivated initially by the health and wellbeing benefits of the pledge, well over ⅔ said they experienced these benefits over the two month pledge period. And perhaps most importantly, those who improved their wellbeing were more likely to form long term habits of their pledges than those who decreased wellbeing or who said that it wasn’t affected.

So while the health and wellbeing benefits might not be the initial motivation for trying a new behaviour out – perhaps because people don’t expect them, or perhaps because we don’t promote them enough on the site – they play an important role in turning those actions into habits that stick.

Ever since we launched Do Nation, Veg out has been the most popular pledge on the site. That remained true in 2016 (although since Pukka sponsored our Tea time Do Action earlier this year, that has soared ahead into lead position!).

The one place this isn’t true is in our Pro campaigns, where Veg out drops to fourth position and Step up leads the way. This is a simple outcome of another key feature of Pro: the ability to customise the menu of actions available to your staff. Given that encouraging staff to go vegetarian doesn’t feature in many companies’ sustainability strategies, it should be no surprise that it isn’t often a priority Do Action for them.

6. Investment in engagement pays off 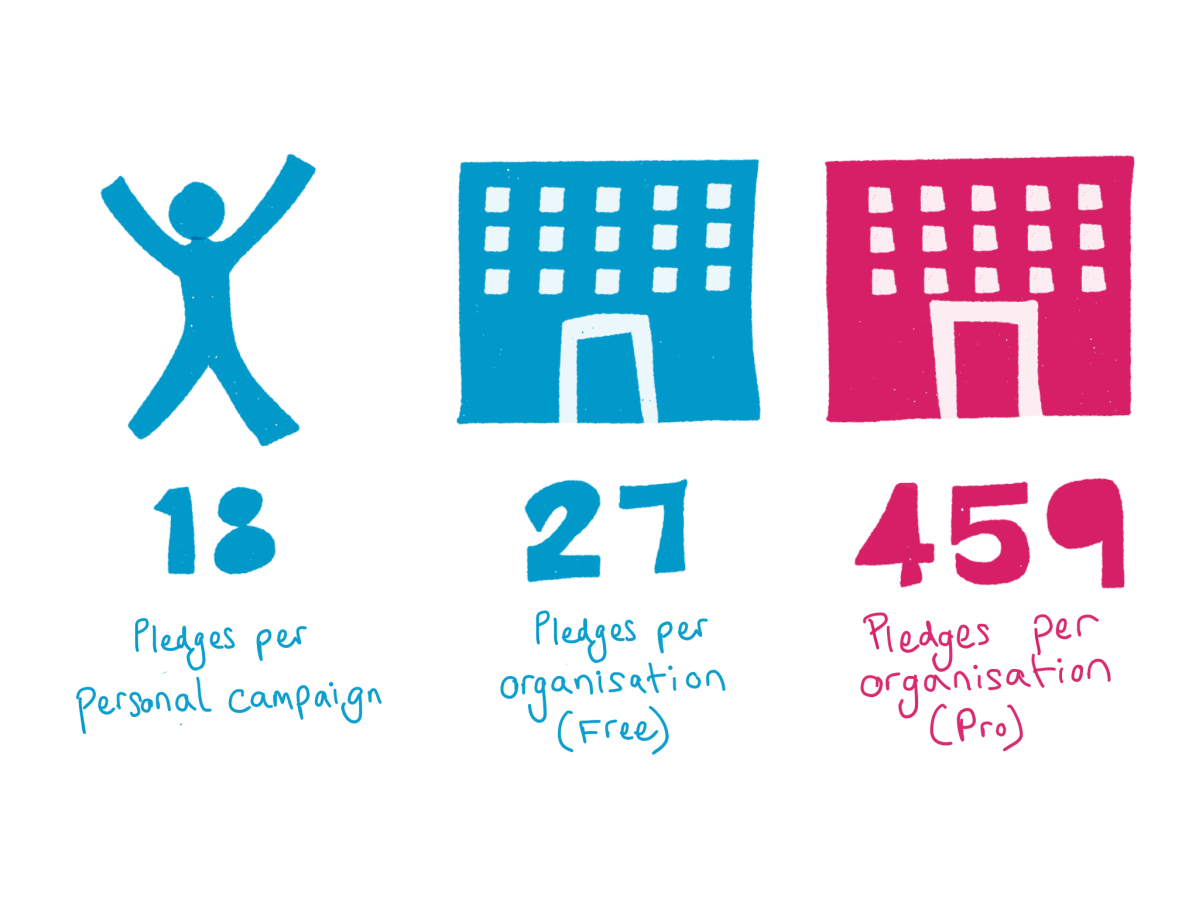 Looking at the data, it was a huge relief to see just how much better Pro campaigns perform than Free ones. We’d have a problem on our hands if that wasn’t the case!

Not only do they engage more people, but they also have a greater impact with those people. Compared to users who pledged through our Free tiers, users who pledged as part of a Pro campaign were more likely to feel part of a community making a difference together; on average they talked to 2 more people about sustainability; and their pride in their organisation was more likely to increase.

This is likely to be in part because of the features and support offered on Pro, but also a result of the fact that their organisation takes sustainability seriously enough to warrant making the investment in using Do Nation.

Ok, this one involves no numbers or data geekery at all, just case studies. But the thing that’s got me most revved up recently is the impact we’re having on campaign leaders, not the people pledging at all. The leadership skills that they’re developing through pitching the business case, planning the campaign launch, and inspiring people to pledge is great to see.

These people are passionate about driving sustainability through businesses; if we can help to equip them with the leadership skills they need to reach positions of real influence then all our hard work is well worthwhile.

We downsized the team significantly last year, but we’ve managed to keep growing our impact and reach. Help us to keep it that way by creating a campaign today – perhaps you’ll also be surprised by the impact you can create.

One thought on “Seven surprising stats from our latest impact report”