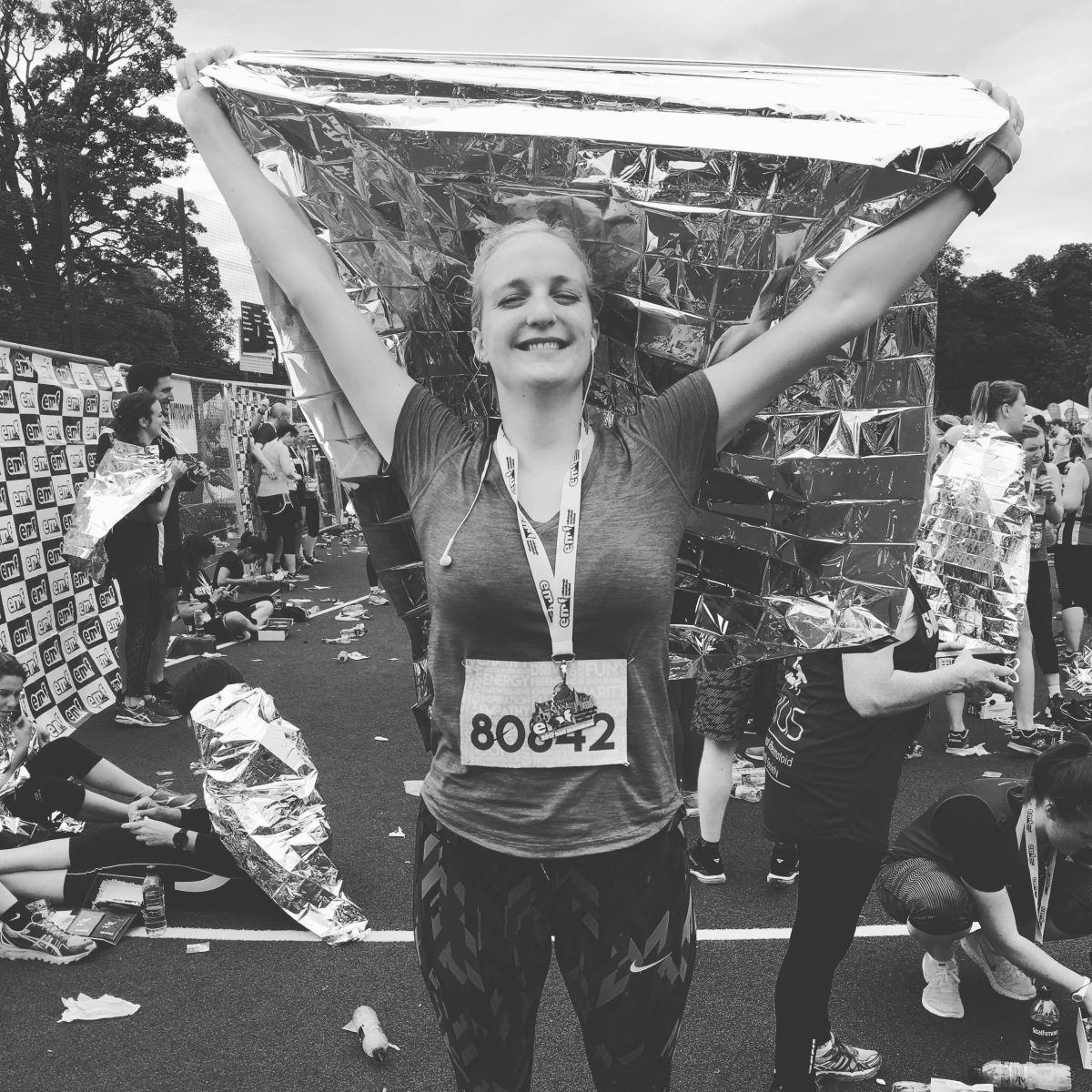 Sarah Nolan is studying for an MSc in Carbon Management at Edinburgh University, and decided to sign up to the Edinburgh Half Marathon to raise awareness and action through Do Nation.

Through raising 37 pledges, together saving as much carbon as 16.5 flights from Glasgow to Amsterdam, she became our latest Doer of the Month, scooping a year’s supply of Ben & Jerry’s fairtrade ice cream. Here’s her story.

What made you decide to ask for support through Do Nation, and how did you hear about it?

I first heard about DoNation when I attended the 2050 Climate Group Summit last year in Glasgow and was really interested in the platform and what it could achieve. Since then, I’ve become an operational team member for the 2050 Group and heard more great stuff about it, so I decided to have a go at starting a campaign of my own. I’ve also always wanted to do a half marathon, so this seemed like the perfect opportunity.

Ultimately, I was hoping to encourage friends and family to engage with their own personal carbon footprints to and promote climate change awareness.

The prospect of climate change can often feel either really distant or huge and overwhelming, but DoNation really shows that the even the smallest changes can make a difference, and often these changes are really easy to make. It hopefully gives you a little buzz to know that you’re doing your bit.

What was the most surprising or exciting pledge someone made?

My family are pretty much sworn carnivores, so I was very surprised when my brother offered to reduce his meat consumption! I think my bribe of free ice cream may have gone some way to getting that pledge…

The run itself – how did it go?

It was a fantastic experience. The atmosphere was awesome and there was a real sense of team spirit throughout the day, with everyone really coming together and providing support for each other.

Keeping going requires grit and stamina – what motivated you to keep pushing on?

The second half was pretty tough, but with the help of jelly babies that were thrown at us throughout the race and the prospect of a pizza and ice cream at the end, I managed to drag myself over the finish line. (Not without bringing back up most of said jelly babies, I might add – my official finish photo is a sight to behold).

Lovely! So once done (and cleaned up), how did you celebrate?

I celebrated by stuffing my face, followed by a night out with some friends to loosen off the legs!

Finally – any top tips you’d share with someone else raising support on Do Nation?

Even if training doesn’t go to plan, you’re capable of more than you think – it’s definitely all in the mind. (The prospect of a year’s supply of fairtrade ice cream certainly helps too – thanks so much!)

We really like to celebrate our most enthusiastic and inspirational Doers. So each month, we reward our the person or team who collects the most pledges with a year’s supply of Ben & Jerry’s fairtrade ice cream!

Could you be the next to scoop the title?