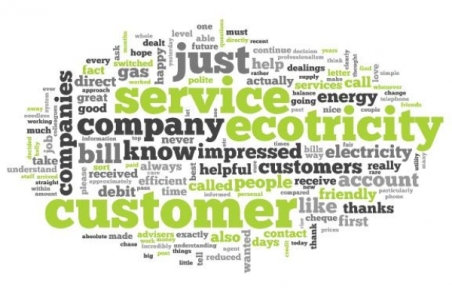 The last couple of months have been huge for the subjects of energy and climate change. The UN Summit in New York, coinciding with Climate Week led to the Climate March, attended by 300,000 people in London alone. This has led to a big buzz (in the sustainability world) around the subject and a lot of noise being created – but what exactly are we going to do?

Well, unfortunately governments don’t really seem to be responding much and news coverage of these issues is kept to a minimum. However, we know that concern is rising and action is being taken seriously. All over the world individuals, communities and businesses are taking things into their own hands: from Friends of the Earth’s ‘Run on Sun’ and the Transition Network, to the Divestment Movement and the new ‘Collectively’ site, designed to inspire young people everywhere to engage with sustainability.

Energy is getting more expensive and it’s becoming ever more clear that we cannot continue to rely on fossil fuels. That’s why we’re pretty excited about the energy companies out there working hard to supply us with energy sourced through renewables.

Ecotricity is one such energy company, with a catchy tagline, ‘turning you bills into mills’. With their 100% renewable electricity tariff, Britain’s greenest gas supply, and being voted top of ‘Which? Energy Companies Satisfaction Survey 2014’, they’re a pretty lovable bunch.

This November we’re asking you to switch to Ecotricity and there are two big reasons why you should do it:

In case you needed another reason to spur you on, you’ll also get a £25 John Lewis voucher if you switch before the end of November – but if we know you at all, you’re already sold 🙂